Let us mark Tuesday, October 28th as the day that Marvel blew the collective minds of fandom, drew forth screaming cries of joy from fanboys and fangirls alike, and blew up a ridiculous number of twitter feeds.

Marvel dropped a whole lot of bombs with their phase three announcement, and even managed to troll everyone in the process (why did you get my hopes up for a cheesy Serpent Society movie, Marvel? WHY), leading to a LOT of properties we’ll spend the next few years wildly speculating about. SDCC’s Hall H will never be the same again, and some of us are already saving up money for the tons of comic book movies we’ll be seeing in the next five years. What a time to be alive.

Head after the cut to see our reactions to all the phase three films!

Angel: No way this is like the Civil War of the comics. I think that this is going to have something to do with the “gifteds” they’ve been introducing on Agents of SHIELD (including Scarlet Witch and Quicksilver in Age of Ultron). My guess is that one side will want them all to come forward, the other side will want to protect their secrets. Or I could be completely wrong, I don’t know! I think I’m one of few people excited to see what comes out of this.

Lina: Unless this film turns out to be Steve Rogers getting super into mid-19th century American history and taking a grand ole tour of battlefields of yore, wondering about the turmoil and damage that happens when brother turns on brother in the name of tradition, then I’m dubious. “Civil War” as a comics phrase brings out flashbacks and involuntary tears. But it’s likely to just share a name, right? Still hoping for my original joke concept.

Leshia: Colour me intrigued!  I know this title has resulted in a lot of wailing and gnashing of teeth, but come on guys, look at the facts:

It’s got Cap, it’s got Tony, it’s got newcomer Chadwick Boseman, I’ve got faith.  And a strange yearning for an MCU Punisher that I’ve never had before.  Not gonna lie, Captain America: Serpent Society would have been rad, though.

Chantaal: My visceral reaction to Marvel’s Civil War is a big fat NOOOOOOO, but considering this is a Cap movie, we’re too early in the MCU for the comics version of Civil War to make sense, and this is Marvel Studios, I’ll give them the benefit of the doubt. For now.

Angel: Didn’t we already know the release date for this one? Either way, it’s nice to see it up there with the rest of the films, and that’s a nice looking title card. Interesting that Cumberbatch wasn’t confirmed for this one, though…

Lina: Lack of a casting announcement for Doctor Strange gives me SO MUCH HOPE. I really don’t want Loki/Stephen Strange fanfiction to be crawling all over my tumblr dash just because of a casting announcement. Could the gods of casting prevail and end with these “negotiations” turning into a “Surprise! Pedro Pascal is Strange!” announcement? Either way I’m less concerned about whatever this film will be than I am about Ant-Man.

Leshia: Here we go.  Strange is so my jam, it’s not even funny, and it’s a shame that the Cumberbatch news kinda made me forget that a little.  Wasn’t this originally slated for a July release date?  The shift is interesting to both myself and the conspiracy theorist who lives in my head, wondering if maybe they plan to spring a Planet Hulk movie on us once Age of Ultron is released.  What else could have happened to that July date, huh?!

Anyway, the lack of Cummerbund at yesterday’s event is certainly interesting, but could just be something as simple as one last contract needing to be signed.  I do think he’ll do a fine job, but until it’s official?  #PedroPascalForDoctorStrange forever.  And horror director Scott Derrickson remains as inspired a choice as ever.  Let’s get weird.

Angel: Announcing this one before the first one was even released gave me a LOT of faith in the first film, and I’ve been ready for this ever since Groot started dancing to Jackson 5.

Lina: *cue up the Awesome Mix* Let’s do this.

Leshia: As much as I know there’s a precise, intricate method to the madness, man do I wish that Captain Marvel had gotten this choice pre-Wonder Woman slot.  Whatever, it’s more of the Guardians, bring it.

Chantaal: I really have no idea what Guardians will be doing, but I will be there.

Angel: I know nothing about this Thor storyline, but I’m excited anyway! Does Thor die in this one?

Lina: PREDICTION! Everything ends in chaos and flame and then Asgard shows up again in Oklahoma. Let’s go full tilt crazy and run with that particular comic storyline. It was fun.

Leshia: Hey, at least I called something right!  RIP Asgard~

Chantaal: What Lina said, I want Asgard to just go DOWN and then end up in Oklahoma because YES.

Angel: CHADWICK BOSEMAN.  There is nothing about this that isn’t exciting. I’m glad that they’ve already cast T’Challa, because now we don’t have to deal with the ridiculous amount of casting speculation that we’ve endured for Doctor Strange. I can’t take a million photosets of every black actor in Hollywood as Black Panther, I CAN’T DO IT.

Leshia: Yes, yes, yes.  T’Challa has never been one of my favourite characters, but he is an important character, and with a hook like ‘African King Batman’, there are so many awesome places this movie can go.  And with the MCU branching out into space and parallel dimensions over the next few years, expanding the world back on Earth and making the franchise truly global is more important than ever.

Chantaal: Not only did they announce Black Panther, but CHADWICK BOSEMAN. Oh man. Oh man. And I saw a rumor that T’Challa may show up in Captain America 3? I don’t know, but I hope this early casting means that they’ll have him popping up in movies prior to his own.

Angel: I can’t really put my enthusiasm into words here.  I  didn’t want Marvel’s female-lead film to feel like they were fitting one in just to silence the critics, and while a lot of people wanted a Black Widow film, I feel like it would have done just that. Considering where Marvel Studios is taking their universe, and the growing Carol Corps contingent (thanks to Kelly Sue DeConnick’s great Captain Marvel run right now), this makes sense. Female-lead movies sell if you do them right, I think Marvel can do this right and we are READY for this.

Lina: WHAT ARE WORDS. Disappointed that it’s not until sooner, but Carol. Just the sheer joy of Carol and the fact it pulls our Galactic films into our earthbound ones makes me want to do a crazy little dance. Like dance of joy all over the place. If they need any casting help, the internet will TOTALLY provide.

Chantaal: Just gonna sit in my corner and cry. 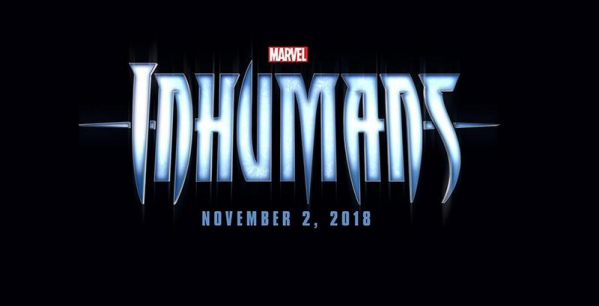 Angel: With the way Agents of SHIELD is going this season, I’m surprised that Inhumans isn’t coming sooner, to be honest, but I’m wondering how both it and Captain Marvel will tie into the second half of Avengers 3.

Lina: We called this one before. I think it’s the closest Marvel can

get to doing an X-Men storyline without the X-Men. Plus I love the Inhumans and am excited to see how Marvel handles them in another Big Event next summer. Hopefully CGI/mocap will be employed just for Medusa’s hair and that Lockjaw will be a starring cast member.

Leshia: As as X-Men fan, I can’t help but roll my eyes at Marvel’s constant attempts to make the Inhumans a thing.  Space royalty is never gonna be the new mutants, guys, give it up already, it’s tacky as hell.

That said: SPACE ROYALTY!  Depending on who they pull for writer and director, this could be very, very cool indeed.  Plus: Rocket and Lockjaw team-up.  Think about it.

Angel: TWO FILMS. Two films! At least we’ll have Captain Marvel and Inhumans to hold us over until Avengers 3: Part 2, but holy crap, Marvel.

Lina: What. Is. Even. Going. On. Does this mean that someone pulled a Pokemon and collected ALL of the Infinity Stones? Let’s just bask in TWO Avengers movies for the price of one!

Leshia: Generally, I despise Hollywood’s current trend of breaking up single films into bloated, spaced-out chunks, but if it means Avengers films in back-to-back years? I’m strangely okay with it. Plus, I trust Marvel enough to let them tell their story the way they want to, spinning it across multiple films in the same way they’ve been doing since the damn gems started showing up in the first place. It’s all been working towards this, and if Carol doesn’t factor heavily in the second part, I will eat my hat.

Chantaal: Who called Thanos as the capper? I DIIIIIDDDDD. Is it weird that I’m more excited for the inevitable devastation that part one is going to be? And then picture it: Avengers. Black Panther. Doctor Strange. Captain Marvel. Inhumans. All working together against Thanos. It’s enough to make me want to fjkdajf;klsdjf;lsd.